I live with a little understood, often invisible, medical condition that means my life is a bit of a rollercoaster. I never know from one week to the next, or even one day to the next, how I will be.

Take the last month. I’ve had a couple of fairly good weeks, where I have been able to get out and about and do a few things extra, like meet up with friends. However, this also has its payback and for a few days I’ve been stuck in bed unable to leave the house. 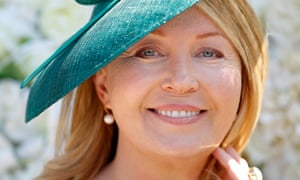 This yo-yoing of symptoms is typical of the experience of a fibromyalgia sufferer. It is one of the most common chronic pain conditions in the world, has an estimated one million sufferers in the UK – and yet it is shrouded in mystery. Last week it entered the public consciousness when the Desert Island Discs presenter Kirsty Young said she would be taking time off because she has the condition. Last year, Lady Gaga revealed she was a sufferer.

My fibromyalgia started when I was 24, shortly after the birth of my daughter in November 1993. It took until May 2005 to get a diagnosis. In those 12 years, I was told that my symptoms were due to various types of arthritis, depression and, more than once, that they were all in my head. It was a very frustrating time, especially when all the tests and x-rays kept coming back clear.

When I finally did get my diagnosis it was a huge relief to have a name for what I was experiencing. However, that relief was tempered when I soon began to realise that many people do not consider fibromyalgia to be a real illness. If a condition does not have a medical test to confirm it, then that condition does not exist, they believe.

My main symptoms are severe, widespread pain, chronic fatigue, cognitive dysfunction and memory problems (we call it “fibro fog”), sleep problems and irritable bowel syndrome – but there are many more that affect me to varying degrees. Like many people with fibromyalgia I can look much better than I feel – and the condition is often described as an invisible illness for this reason. Because you do not look ill, or there is no obvious cause for the symptoms, people may not believe that you are as ill as you say you are – and this disbelief can come from medical professionals, family and friends, as well as from complete strangers.

Most of the time I use crutches for walking, or my mobility scooter for longer distances. My balance and spatial awareness are very poor, so I might stagger, stumble and fall if I do not use them. People tend to think you either need to use a walking aid or you do not. But with fibromyalgia you may need it one day, then not the next.

Fortunately, my symptoms are at a manageable level, thanks to a combination of medication, supplements, complementary therapies and self-management techniques that I have learned over the years. I also get a lot of support from family and friends, and am a founder member and secretary of my local support group. This then led to me volunteering for Fibromyalgia Action UK, which I now work for as part-time administrator. I also do my best to keep up my hobby of crafting – crochet, knitting, cross-stitching and card-making.

I believe that every person with fibromyalgia has their part to play in telling the public about the condition and how it affects us. Each of us has different symptoms and is affected to different degrees – and education and awareness-raising is the way to making others understand what we are going through.

What gives me hope is that in the future, the cause will be known and there will be effective treatments. At the moment symptoms are treated individually, and services depend on where you live. And there are still too many health professionals who are dismissive of the condition.

One day, I hope that when someone asks what is wrong and I answer, “Fibromyalgia”, I will not get the reply, “Fibro what?”

… we have a small favour to ask. More people are reading the Guardian than ever but advertising revenues across the media are falling fast. And unlike many news organisations, we haven’t put up a paywall – we want to keep our journalism as open as we can. So you can see why we need to ask for your help. The Guardian’s independent, investigative journalism takes a lot of time, money and hard work to produce. But we do it because we believe our perspective matters – because it might well be your perspective, too.

The Guardian is editorially independent, meaning we set our own agenda. Our journalism is free from commercial bias and not influenced by billionaire owners, politicians or shareholders. No one edits our Editor. No one steers our opinion. This is important because it enables us to give a voice to the voiceless, challenge the powerful and hold them to account. It’s what makes us different to so many others in the media, at a time when factual, honest reporting is critical.

If everyone who reads our reporting, who likes it, helps to support it, our future would be much more secure. For as little as £1, you can support the Guardian – and it only takes a minute. Thank you.