‘I savour every joy that comes my way, try to be thankful for the resilience 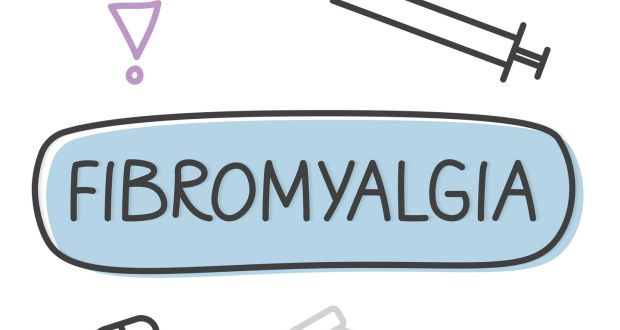 Fibromyalgia is a chronic pain condition, with symptoms such as skin tingling and burning, palpitations and memory problems. File photograph: iStock

Sometimes it hits in the middle of hot yoga. One moment I’m working hard, dripping sweat; the next I’m flat on my back in corpse pose, trying – usually failing – to practise calm acceptance. When the class ends I might need help rolling up my mat.

A few months back the first twinges flared when I was the designated driver at a family gathering. I felt like a demented cattle dog trying to round up the drinkers, barking at them to skip goodbyes so I could get us home before it smashed me.

Once it came on like a ton of bricks between getting up from the couch and walking to the sink to wash dishes. “Perfect timing!” my then partner said as he gave me a hug and helped me to bed.

It’s a rusty feeling in my hands and feet that moves up and seeps into my wrists and ankles, elbows and knees, shoulders and hips

For me, a flare-up starts with a wave of exhaustion that can swamp me within seconds, accompanied by a brain fog so dense I might struggle to speak. Then the pain begins. It’s a rusty feeling in my hands and feet that moves up and seeps into my wrists and ankles, elbows and knees, shoulders and hips. There are muscle aches too, that trampled feeling you get as you’re coming down with a cold or flu.

It’s never agony – I’ve had endometriosis for nearly 40 years, I know about agony – but rather whole-body discomfort that steamrollers me. So I lie down and breathe and wait for sleep to come. I’m grateful that these attacks usually strike during time off rather than at work; and that when I wake up the next morning the worst will be over.

But aside from these flares, a low hum of pain is ever present. Once I’m up and walking I can hike for hours, but every time I get out of a chair I look as though I’ll struggle to cross a room. (“I’m a hobbler!” I’ll say cheerily to concerned colleagues, as if that’s a thing.)

Much of the time it feels as though everything is uphill; as though my flesh hurts just being on my bones. It’s grinding and relentless and exhausting.

I can think of just two days this year that were pain-free. They were golden.

When I say I don’t know much about fibromyalgia, I don’t even know for sure that I have it. There’s no test for fibro so it’s a diagnosis of exclusion – what’s left behind when doctors rule out everything else.

About five years ago I said to my general practitioner: “I think I have to finally face up to the fact that I have fibromyalgia.” She said: “Let’s look at some treatment options for you.”

If that sounds cavalier on her part, it wasn’t. She’d sent me to specialist after specialist over the years and I’d undergone test after test. Plus she was treating my mother for fibro; she’d been diagnosed 30 years earlier.

Mum is a force of nature, someone who is always busy doing, who can’t stop until she has to. She calls a fibro attack “the wheels falling off”. They can spin off for both of us within minutes, whether we’re apart or together, if there’s a sudden drop in atmospheric pressure before a storm. That’s an obvious trigger; others aren’t so clear.

Last year my mother told me she was about my age when her attacks got really bad. Just lately, she tried to reassure me, they were easing. “Mum,” I said, “you’re 25 years older than me! You’re saying I have 25 years ahead of me as bad as this?”

More dismaying are the medical professionals who aren’t up to date with current findings about chronic pain, and those who don’t believe in symptoms that can’t be seen.

A couple of years ago I saw an orthopaedic surgeon about a trashed Achilles’ tendon. “I see you have ‘fibromyalgia’,” he said, his voice dripping with scorn, before sending me off for an X-ray. When I returned with the scan he pointed triumphantly at the long-ruptured tendon. “See that? That’s not fibromyalgia,” he crowed.

“I never said it was,” I replied. “The pain is completely different.” It didn’t matter what I said. He wasn’t listening.

Did I say dismaying? I should have said infuriating. He has made me fearful of mentioning fibro to any doctor.

Not that anyone has ever run through its symptoms with me. Online resources about it are scant but here are some associated symptoms and conditions:

I can put up my hand to every last one of them. The last 10 I didn’t realise had anything to do with fibromyalgia until now, writing this – although I’ve sought treatment for nearly all of them. I’m staggered by this, and angry as well.

At least it has made me more certain of my diagnosis. I was unsure because people with fibro are often described as being “hypersensitive” to pain, with many experiencing it in response to touch – to the extent they have to recoil from hugs.

And that’s not me, I told myself. Sensitive? No way. I can face down pain like nobody’s business. After the internal organ-tearing torment of endometriosis, a broken bone or a kidney stone is momentary discomfort. I’m good at getting on with it. When I heard that Achilles’ tendon pop I ran another 7km to finish a race – then didn’t seek treatment for 10 years.

It is only now that I finally, fully understand that it’s not me but my central nervous system that’s sensitive – it’s been burnt out, overloaded, fried by the endo pain, and now it’s lighting up and misfiring all over my body, gaslighting me in the process.

That’s true for everyone with fibro and chronic pain. We may have central sensitisation, but don’t call us sensitive, okay?

I began working on this piece – and an accompanying podcast – out of a hunger to understand fibromyalgia better, and an awareness that so many others must be feeling in the dark and desperate for information like me. And at first I focused on describing what those scene-stealing, show-stopping, wall-of-sound flare-ups feel like. What I didn’t properly appreciate is that the background pain – the wearying, unceasing white noise of twinges and aches and ailments – is fibro as well.

But dwelling on the bad stuff doesn’t do anyone any good. Just writing this has knocked me around – it has made me pay too much attention to the pain, to feel it more.

So here’s what helps me – a ladder of treatments and good habits I have built over the past year, rung by rung (pain is a wonderful motivator):

A happy buzz makes the hurt recede, so I savour every bit of pleasure and joy that comes my way. I try to be upbeat, grateful for all that I can do – I know that many people have it so much worse – and thankful for the grit, resilience and determination to take care of myself that this has gifted me.

To everyone living with chronic pain: I’m sorry you’re feeling this way.

And please, fibro, please – let me keep the hugs! – Guardian